A Radical Life Premieres at HIFF

Five films will make their world premieres at HIFF

The extended 10-day 30th Annual HIFF, takes place October 7-16. We are pleased to celebrate these debuts and an additional selection of films across our Spotlight and World Cinema programs, and our Signature Programs Films of Conflict & Resolution, Compassion, Justice & Animal Rights, and Views From Long Island.

“It is with great enthusiasm that we are able to once again welcome our film-loving community back to our theaters out East for the 30th anniversary of the festival,” said David Nugent, HamptonsFilm Artistic Director. “With a diverse and robust selection of narrative and documentary films, we are excited to share unique, thrilling stories from this year’s talented filmmakers. We feel so proud to play host to a number of World Premiere screenings, and are honored that these brilliant storytellers have chosen to screen their films for audiences for the first time here at HIFF.”

World Premiere
Directed by Ricki Stern
Films of Conflict & Resolution
This documentary takes an unfiltered look at the former First Lady of ISIS, Tania Joya, who for twelve years was married to John Georgelas, the highest ranking American in ISIS.
• A discovery+ release 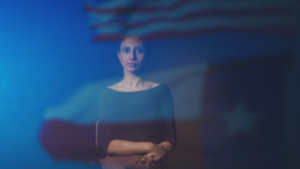 World Premiere
Directed by Xavier Manrique
Spotlight Film / Views From Long Island
Shot out East, WHO INVITED CHARLIE? stars Jordana Brewster, Adam Pally, and Reid Scott, and follows a family hiding out in the Hamptons as their bubble is popped when a Bloody Mary-swilling, pot-smoking ‘Charlie’ from their past shows up seeking refuge.
• Spotlight is sponsored by Audi
• Views From Long Island is supported by the Suffolk County Film Commission.

World Premiere
Directed by Jules and Gédéon Naudet
World Cinema Documentary
This documentary examines January 6th from the unique perspective of the heroes, first responders, and survivors of the attack as they reveal their first-hand experience of the stand.
• A discovery+ release

PINBALL – THE MAN WHO SAVED THE GAME

World Premiere
Directed by Austin and Meredith Bragg
World Cinema Narrative
Starring Mike Faist, Crystal Reed, and Dennis Boutsikaris, PINBALL – THE MAN WHO SAVED THE GAME follows an unsettled writer and his journey to save the game of pinball while also facing life’s challenges. 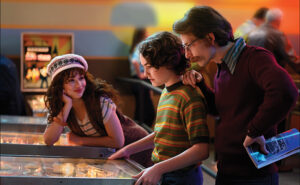 THE VOLCANO: RESCUE FROM WHAKAARI

World Premiere
Directed by Rory Kennedy
World Cinema Documentary
A minute-by-minute account of unsuspecting tourists caught in a tragic volcanic eruption while sightseeing on an island off New Zealand in 2019, THE VOLCANO: RESCUE FROM WHAKAARI celebrates the survivors, as well as the everyday people who courageously came to their rescue.
• A Netflix release 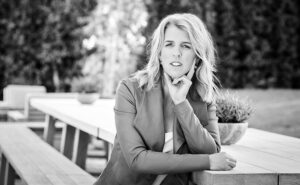